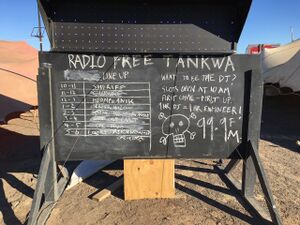 One of the first radio stations in Tankwa Town was Radio ARR, which began as a theme camp created by the Camp Chaos crew. This led to multiple formal and informal complaints about the quality of music and content on the binnekring airwaves. Soon after, Radio ARR working together with the AfrikaBurn communications team collaborated and evolved into Radio Free Tankwa, becoming an important information and safety resource for AfrikaBurn participants on site in Tankwa Town. 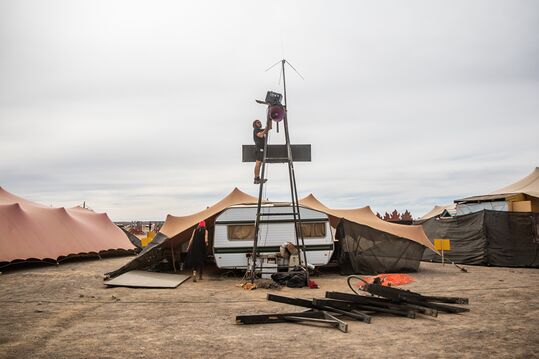 Notable DJ's and shows through the years: